I'm not a big one for poetry, but this one blew me away - not only for the observations that it makes and the questions that are asked, but also for the implicit searching for the one God who makes it all possible, giving life meaning and purpose...

The Summer Day (Mary Oliver)
Who made the world?
Who made the swan, and the black bear?
Who made the grasshopper?
This grasshopper I mean—
the one who has flung herself out of the grass,
the one who is eating sugar out of my hand,
who is moving her jaws back and forth instead of up and down—
Now she lifts her pale forearms and thoroughly washes her face.
Now she snaps her wings open, and floats away.
I don’t know exactly what a prayer is.
I do know how to pay attention,  how to fall down
into the grass, how to kneel down in the grass,
how to be idle and blessed, how to stroll through the fields,
which is what I have been doing all day.
Tell me, what else should I have done?
Doesn’t everything die at last, and too soon?
Tell me, what is it you plan to do
with your one wild and precious life?
Posted by Steven Jones at 12/09/2011 08:33:00 am No comments:

Jenny has recently written a post on her blog in which she expresses concerns about modern (or should that be post-modern?) society's apparent slide into sexual immorality.  I can emphathise with Jenny, what with her being a mother of four children - my own son James, who turns 14 next May, is at the age where a number of youngsters' hormones begin to go into overdrive.  I once said (in a sermon, nogal) that males have two heads - one attached to their shoulders by way of the neck, and the other attached to their loins by way of the penis - and that it is (in my admittedly unscientific opinion) impossible for blood to flow to both at the same time!

I would also imagine that any Christian parent would also identify with the following concerns expressed by Jenny:

Yet somehow as a Church (and as Christians in general), we don't seem to have a handle on understanding our sexuality.  And when it comes to sin, it seems that we regard sexual sin as being the most heinous of all - certainly, the most severely punished, especially comes to a woman falling pregnant outside of wedlock (the whole gender inequality issues around this are the subject of a separate post, at least for now...).

As a result, we've tended to attempt to regulate sexual behaviour through a series of rules and regulations.  Yet wherever there are rules, our human nature is to try and find loopholes.  For example, in response to a prohibition on sex outside of marriage, those who do not simply ignore this find themselves asking questions such as "how far can one go before what they are doing is regarded as 'sex'?"

Yet at the same time, it's easy for me to be smug about this.  I was married at 22.  Most youngsters nowadays are not likely to get married at such a young age.  In the meantime, James has for the past four years (at least) had a pretty fair idea of what happens behind the closed door when Mom and Dad go to bed.  Add into the mix the continual commoditisation of sex in our society today (even amongst Christians), and clearly the "rules and regulations" approach is going to get the Church absolutely nowhere.

So I was pleased to find a somewhat refreshingly different approach to understanding sexuality in a Christian context - that of being akin to a sacrament.  In a sermon entitled "How Sinful Is Sex" (based on Song of Solomon 3: 1-5 and I Corinthians 7: 1-9), the writer (United Methodist Church minister Mark Schaefer) traces how Christians' generally unhealthy attitude towards sexuality has developed down the centuries (to read the whole sermon, click here).

How, then, does one begin to change these negative attitudes, while at the same time not wanting to be seen to be advocating an "anything goes" approach?  I believe that the "sacramental" approach has merit.  As Schaefer states:

A sacrament, after all, is a visible sign of an invisible grace.  It is a material means through which we experience the love and grace of God.  In our theology, we proclaim that God’s grace is known to us through the free gift of the waters of baptism, and in the free gift of the meal shared in the communion.  Through these ordinary, physical, material things, God’s grace is conveyed to us.

As Belinda and I approach 20 years of marriage, I can honestly say that I have experienced the love and grace of God through Belinda.  I cannot think of any earthly relationship that comes closer to expressing the love that God has with humankind in covenantal relationship.  I don't know anyone else who comes closer to laying their life down for me than my wife - just as Jesus selflessly laid his life down for us.  And our sexual relationship is the physical expression of the love we share.

On that basis, for us, our sexuality must surely be sacramental?  Shaefer asks similar questions:

But why cannot sex be thought of as sacramental? It should be thought of that way.  Indeed, do we not speak of the sacraments as mystery?  Is not our sexuality one of the most powerful—and mysterious—elements of our human existence?  And when sex is used the way it is meant to, does it not convey love and grace?  Is not sex about making oneself vulnerable, open for the sake of the other, with tenderness, love, caring, and commitment?  Does healthy sex not require that?  Do we not see something of God in that vulnerablity, that commitment, that love?

He goes on to add:

I am reminded of the reverence that Catholics have for the Eucharist.  They don’t drop crumbs on the floor, they don’t pour the leftover wine down the drain.  There is an air of reverence for the very thing through which they encounter the grace of Christ.  We don’t have quite the same practices of piety, but we are not without reverence for the sacrament.  Would we baptize with water we’d gotten out of a muddy puddle outside?  Would we seek to offer baptism to someone with whom we had no relationship?  Would someone seek to be baptized who didn’t know the congregation or who had no intention of making a commitment in faith?  Would we serve communion using stale bread and spoiled juice?  Would we carelessly throw the bread on the floor or gargle with the juice?  No, of course we wouldn’t because we know that that behavior would not respect what that sacrament means for us.

Ways to be more energy-efficient

Did you know that a kilowatt-hour is equal to an entire hour's worth of consumed kilowatts? Or that one kilowatt-hour is more or less equal to 1 kilogram of greenhouse gas? Why is it so important to know such things? You might not know it, but not only are you burning the green of the outdoors, but you're also burning the money in your wallets! Even the tiniest details matter. For example, at this very moment you might not know it, but you have a little culprit munching away on your electricity and causing your electric bill to continually surge skyward. So how can you save Mother Nature and yourself? Here are a few tips to help you become more energy efficient, and cut back on your electric billing.

1. Unplug everything! Most appliances have a little LED light blinking, even when they're on sleep or standby mode. This means that these devices are still consuming energy - even when you're not using them. You can solve this problem by plugging your devices into cords which have an on and off switch. That way, with just a flick of a switch, you're reducing usage!

3. Add a fan! An electric fan will help air move around to create a cooler atmosphere. This effect will reduce the air temperature by about 4 degrees Fahrenheit (or 2 degrees Celsius), therefore lessening your air conditioner use.

4. Filter your filters. If you simply cannot live without the air conditioning unit being on, remember to clean your filters. This will enable your unit to cool faster and work on lesser hours.

5. Incorporate window shading. Install new covers, awnings and additional screens to shelter you from the sun.

6. Use energy-efficient appliances. If your appliance is still from the 90's, change it! This will be a big investment but it will be well worth it. Most old devices account for your expenses. Remember to look for the Energy Star label on your new appliance, as this will ensure a more energy-efficient machine.

7. Enjoy the outdoors! Don't just sit at home enjoying your air conditioning system in the summer, or the heating system in the winter. Learn to explore the outdoors. You might even lose a few kilos. But more importantly, you're actually evading electrical use! So start paying attention to small details around your house, and you will be able to lessen your expenses! Each person has a unique ability to cope with being energy efficient, but this small start will surely help you become more creative in your journey to killing your kilowatts and becoming more energy efficient. 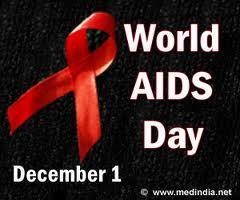 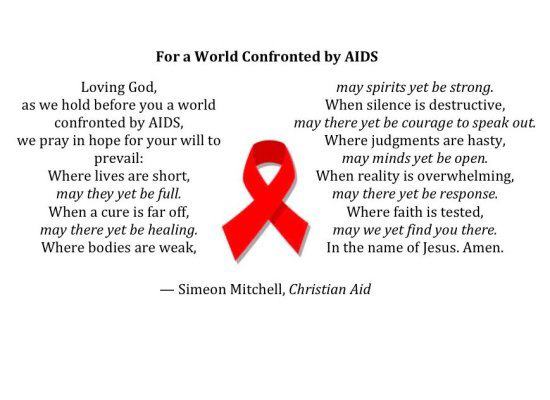