Some spammers have been posting rubbish in the "comments" section of this blog, so I've unfortunately had to take the step of enabling comment moderation.

If you post a comment and it doesn't appear for a couple of days, it doesn't mean it didn't go through - it just means I'm a bit busy.

A colleague once said to me that if one is to embark on PhD studies and see them through to completion, the subject matter must be something that keeps one awake at night.  In other words, to use one's research to, if not solve what the academics term "the problem statement", at least shed some light on the issue, open further conversations, and inspire others to take the next step.

Part of the "blessing in disguise" that came from my abortive attempt to register for PhD studies with UKZN towards the end of 2011 (other than being able to cope with the EMMU assignments!) has been to think about what was bothering me at the time in terms of an area of research, but - more importantly - to discover what really scratches away at me.

And now that I'm approaching my ordination year, I believe that the time is right to set the ball rolling.

Something that's been troubling me for some time has been our model of ministry (insofar as stationing ministers is concerned), in that the basis of a "viable" station is whether or not the local community (Circuit) can support a minister financially.  If the answer is "yes", then a minister is stationed - if "no", then the stationing doesn't happen.

The sad part of such an approach is that the communities that can least afford a minister are probably the ones that need a minister most.  I'm reminded of the words of John Wesley, as recorded in the Minutes of the Methodist Conference dated 29 June 1744, where he said that "[y]ou have nothing to do but to save souls. Therefore spend and be spent in this work.  And go always, not only to those who want you, but to those who want you most" (my emphasis; the context also indicates that the modern English equivalent of "want" would be "need").

The Methodist Church of Southern Africa (MCSA) has partially grasped this vision through the construction of a state-of-the-art seminary, aimed at training the ministers required for this work.  Unfortunately, under our current deployment model, finding stations for those +/- 25 ministers who exit seminary each year is an arduous task - one that we have sought to address by measures such as compulsory retirement at age 65 (i.e. "out with the old to make room for the new").

Sadly, we say that we are a "Connexional church" and local communities are often severely criticised for being congregational in their thinking.  Yet when local communities are in need of support for ministry from the wider MCSA community, there is no formal process by which such support can be obtained.  To be fair, there are wealthier churches that do provide a degree of support, but this tends to be in an unstructured and fairly localised manner.

And the number of local churches that close their doors (mainly in rural communities) bears sad testimony to this.

This got me thinking: Leaving aside financial considerations for the moment, what would be the "optimum" method of stationing ministers?  In other words, how would we station minsters according to Wesley's imperative to "go always ... to those who [need] you most"?

We keep saying that we need a new paradigm of mission today, and part of that must surely be to be in a position to station ministers where they are most needed?  My proposed area of research is therefore to re-examine the missiology of the MCSA in terms of how it deploys its ministers, attempting to put together a model that primarily takes mission needs into account.

Now the bean-counters must be choking on their corn flakes as they read this - after all, even though, according to John 15: 19, we are not of this world, we are in this world, and it's all well and good having these grandiose plans for mission, but these need to be paid for!  That's where the financial management part of the research comes in - how a more optimal model of mission through the deployment of ministers can be financed.

The issue we face as a 21st century church is that our mission has been dictated to by money, but finance needs to follow (and support) mission, not the other way around.  The accounts of the early church confirm this, as do countless missionary enterprises over the years.  However, in all the books I've read on the early Southern African missions, much has been said on the mission work itself, but any detail on how such missionaries have been supported financially has been given scant attention.  My contention is that the financial support must have been there, whether from a missionary society, or a "home" church.  I can't believe that the likes of William Shaw would have been sent off to our sunny shores to spread the Gospel and establish a string of mission stations without at least some measure of initial financial support.

It was these early missionary enterprises that laid the foundation for the church's witness in the 19th century.  The 20th century church owes a great deal of gratitude to these pioneers.  Surely we need to not only learn from our history but also adapt our model to current circumstances to ensure that this witness continues in the 21st century and beyond?

The first step is to convince a university that such a research proposal has merit for a PhD.  The next step would be for the MCSA to sanction the project.  Prayers would therefore be greatly welcomed!
Posted by Steven Jones at 6/22/2013 11:13:00 am 1 comment:

Light at the end of the tunnel? 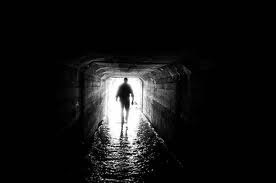 Being someone who has not generally been known for being at a loss for words, to not blogging at all for a year, some readers of this post may be wondering what's happened. Did I drop off the face of the earth or something?

One post could not even begin to cover what has been an unbelievably eventful twelve months.  Some of these events have built character.  Others have caused me to plumb the depths of despair.  I haven't gone off the rails, or anything like that - I haven't got divorced, bought a Harley-Davidson, or joined the French Foreign Legion.  I still love Jesus.  I'm still in the ministry.  My lovely wife Belinda and our amazing son James still love me (I hope!).

But the events of the last five years - and particularly the last 12 months - have finally caught up with me.  A change of career, followed by four moves, three gruelling semesters at seminary, two deaths (one being my friend and mentor, Ross Olivier; the other being my father), one house sale, mother moving to a retirement village, mom-in-law developing dementia, being sent to an insolvent Circuit - all while still tying to find my feet in this crazy new vocation called ministry.  The result has been a bout of what can only be termed as depression.

It hasn't been a debilitating type of depression that renders one non-functional.  By God's grace I'm still managing to get out of bed.  I do my ministry duties - preaching, visiting, LOTS of admin.  I'm still involved with Scouts, even though my current station in Dalton means a 100km round trip to attend meetings.  I've also (only by the grace of God) identified that there's a problem before getting anything close to the stage where Ross was - to see this great man of God being chopped down and ultimately taken from us by depression was a massive shock; the thought of going down the same slippery slope scared the living daylights out of me.

But what made me come to the conclusion that I may be depressed?  Being the analytical person that I am, I did some research, and according to the website of the South African Depression and Anxiety Support Group, the following are some of the signs and symptoms that one could be experiencing depression:
Looking at this list of symptoms, I was able to identify numbers 1, 2, 3, 5, 7, and 10 to some degree in myself.

One of the signs of depression is a loss of interest in things once enjoyed.  Writing was a passion of mine, but I've been unable to bring myself to write anything (other than things I've had to do, such as sermon prep, assignments, and the like) for the past year.  The same has gone for reading (I've always been a voracious reader).  Having said that, the fact that I am writing this is perhaps a sign that I've turned the corner?

In the same way that one seeks medical attention when experiencing physical symptoms, I have sought the help of a professional in dealing with the issues that I've been facing. With that support, as well as the support of family, friends, and colleagues, I'm beginning to see some light at the end of the tunnel.

Through all of this, God has been so merciful.  Looking at Scriptures, I was surprised (yet relieved) to find that there were a number of Bible "heroes" who went through similar depths of despair at times - David, Job, Isaiah, Paul, and even Jesus himself (to name but a few).  It is the knowledge that Jesus in particular had such moments - the garden of Gethsemane, and his feeling of desolation on the cross come to mind - that give me the comfort that I am not alone in this.

Over the next few weeks I'll be exploring some of the things that put me in this state, using the medium of writing to help me process each event as a means of healing.  It is my hope and prayer that by being open about this, I can somehow help others find healing as well.  If that can happen, I'll be able to see God's purpose in all of this.