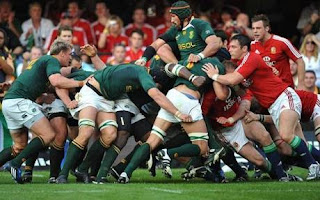 So this phase of my seminary sojourn comes down to this - a completed BTh.  Which gives rise to the obvious question: What next?

Readers of this blog for some time will be aware that I've been toying with the idea of doing a PhD.  These ideas have become a lot more crystalised over the last year, with my main area of interest for research being the interaction between John Wesley and the economic context of the Industrial Revolution.  It is my firm belief that it is critical for the 21st century church to understand this interaction so that it can develop its own understanding of contemporary economics, with the aim of having a similar interaction with the economy of our times that Wesley had in his day.

But why now?  Surely one reaches a point where one is all "studied out"?  At the age of 42, I have spent most of my life in study - 12 years in school, followed by 15 (non-cumulative) years of tertiary education.  Being the bean-counter that I am, I've worked out that 65% of my life thus far has been spent in some form of formal education.

Add to this the prospect of going into a Circuit appointment at the end of this year, with its own sets of pressures, combined with further training requirements that our Education for Ministry and Mission Unit (EMMU) has, and it seems that embarking on any further course of study at this stage, let alone at doctoral level, seems foolhardy.

So once again - why now?  The answer to my apparently poor sense of timing comes down to "fitness".  A conversation with John van de Laar yesterday brought up the subject of "academic fitness", which the two of us defined as being in the groove and routine of study.  It came up because of my observation that while the pressures and workload of my first semester at SMMS pushed me to the brink of a nervous breakdown, prompting me to plead to Ross for the seminary to ease up a little (and his response that I should stop being such a cry-baby!), things became a lot more manageable in the second semester, despite a similar workload to that of the first.  And in the third semester, although the workload intensified both in level of advancement (being final year) and quantity (I did 10 subjects this semester), I somehow found the work pressure to be far less intense.  In fact, I began to really enjoy what I have been studying.

Similar observations can be made in other areas of one's life, in that in between a sedentary state and fitness comes a fairly lengthy period of pain - and once you stop your given activity, the fitness soon dissipates and getting back into the habit takes time and effort.  This applies to physical activity, one's spiritual life - even this blog, as the paucity of recent posts has demonstrated.  In short, once one gets out of the habit of a particular discipline, it invariably takes a Herculean effort to get back into it.
Part of the motivation to want to get going with the PhD now is not only that the opportunity of fulfilling a 12-year dream now presents itself, but also that I am currently academically "fit" and need to keep going while the momentum is still there.

Therefore, while this moment for me is one of celebration for having completed the BTh - the culmination of 4 1/2 years of hard work, sweat, and many tears (both of despair and of joy) - I need to view this interlude as the preamble to a rugby scrum.  The referee's instruction to the two teams to "touch ... pause ... engage" represent the sizing up of the task at hand, a momentary pause to ensure that everything is in place, and then an almighty thrust as the next phase of action commences.